Replication Data for: Oversight or Representation? Public Opinion and Impeachment Resolutions in Argentina and Brazil

The files contain (quarterly and monthly) series on the number of impeachment resolutions introduced in Congress, presidential approval, economic conditions, and social protests in Argentina (1983-2017) and Brazil (1990-2017)

Research Data for: Insurgency and Ivory: The Territorial Origins of Illicit Resource Extraction in Civil Conflicts

Replication Data for "Grist to the Mill of Subversion: Strikes and Coups in Counterinsurgencies"

Replication Data for Article: Gläßel, Christian, Belén González and Adam Scharpf (2020), Grist to the Mill of Subversion: Strikes and Coups in Counterinsurgencies, in: European Journal of International Relations, 26, 4, 1032-1060.

Replication Data for: Rebels, Revenue, and Redistribution: The Political Geography of Post-Conflict Power-Sharing in Africa

Replication Data for: Universal Love or One True Religion? Experimental Evidence of the Ambivalent Effect of Religious Ideas on Altruism and Discrimination

Supplementary data for: Legitimacy and the Cognitive Sources of International Institutional Change: The Case of Regional Parliamentarization

Replication Data for: The Institutional Presidency from a Comparative Perspective: Argentina and Brazil since the 1980s

Overview of the analyzed participatory processes and the respective reports from Perupetro.

Panel dataset: annual surveys 2012-2018, between 430 (2012-2014) and 500 (2015-2018) micro and small entrepreneurs in Kampala were/will be surveyed. Drop-outs are replaced each year to maintain the sample size. Core questions remain the same each year. Topics covered range from inputs, outputs, enterprise characteristics and performance measures to the entrepreneur's socio-economic background, household characteristics and assets, to entrepreneurs' behavioural attitudes. Intermediate waves were administered in 2013 and 2016, with an additional intermediate wave planned for 2018. Topics of intermediate waves are the use of a cash transfer and financial literacy (2013), marketing innovation (2016), and financial literacy, attitudes, and behaviour (2018). If you are interested in accessing the dataset, please write an email to sarah.wiegel@giga-hamburg.de.

Over the last decades states of origin have increasingly adopted policies to keep political, economic or political ties with their emigrants (i.e. non-resident citizens). These emigrant policies vary among different countries and include programs as diverse as return policies, dual citizenship, the stimulation of remittances and the creation of government agencies to administer emigrant issues. The Emigrant Policies Index (EMIX) is a valuable tool to order and structure the emigrant policies adopted (up to the end of 2015) by 22 states of origin in Latin America and the Caribbean. It includes information about 102 policy indicators, grouped hierarchically along 12 dimensions and two components. The EMIX can be a useful tool for policymakers as well as academics working on migration. It aims at contributing to the development of this field by providing a clear conceptualization of emigrant policies, as well as empirically based data that allows users to draw comparisons across countries.

The dataset sets out a measure of authority for 76 international organizations (IOs) from 1950, or the time of their establishment, to 2010. The IOs considered are regional (e.g. the EU, Andean Community, NAFTA), crossregional (e.g. Commonwealth of Nations, the Organization of Islamic Cooperation), and global (e.g. the UN, World Bank, WTO). We introduce estimates for the scope and depth of authority exercised by international governments along two conceptual dimensions: delegation and pooling; describe broad trends in IO authority; and present the evidence that we have gathered in 47 IO profiles.

We present a data set on authoritarian regimes’ claims to legitimacy that is based on leading experts’ assessments of 98 states for the period 1991–2010. The experts assessed these regimes on the basis of six conceptually distinguishable but interlinked claims to legitimacy – namely (1) foundational myth, (2) ideology, (3) personalism, (4) international engagement, (5) procedural mechanisms and (6) performance. For the survey, we contacted approximately 800 renowned international and local experts. They were selected on the basis of their publication records, their local expertise and their work for high-quality country-based indices, research institutes, and/or high-profile think tanks. 273 online questionnaires were completed. We collected expert assessments for the most recent non-democratic regime (as of 2013, the year of assessment). The survey comprised questions covering the strength of a regime’s six legitimation strategies, based on a six-point scale ranging from 0-5. In addition, the dataset includes information regarding the number of experts per country and the experts’ average confidence in answering the questions on the respective country.

Replication Data for: Profits from Peace: The Political Economy of Power-Sharing and Corruption

Replication Data for: Refugees welcome? A dataset on anti-refugee violence in Germany

Replication Data for: State Hydrocarbon Rents, Authoritarian Survival and the Onset of Democracy: Evidence from a New Dataset

Data and stata code for replication of results in the main text and the supplementary material for: Lucas, Viola, and Thomas Richter (2016), State hydrocarbon rents, authoritarian survival and the onset of democracy: Evidence from a new dataset, in: Research & Politics, July 2016, https://doi.org/10.1177/2053168016666110.

Replication Data for: The Hard Power of Natural Resources: Oil and the Outbreak of Militarized Interstate Disputes

Replication Data for: What Friends Are Made Of: Bilateral Linkages and Domestic Drivers of Foreign Policy Alignment with China

This data collection is part of an impact evaluation to measure and evaluate the effect of participation in contract farming on the agricultural production of small-scale farmers, their household income, living and working conditions. The baseline was conducted between August and Novemeber 2016. Midline and endline data will be collected in 2018 and 2020, respectively. About a third of all sampled farmers have been participating in a cocoa contract farming scheme run by the Cocoa Aprabopa Association (CAA) - a private sector initiative - at the time of the baseline survey. 240 more farmers have been enrolled in the out-grower scheme in previous years but dropped-out of the scheme by 2016. The remaining 1,000 interviewed cocoa farmers have never been members of CAA and serve as a comparison group. The dataset includes information on - farmer and household characteristics, - household assets, - land holdings, - cocoa and other crop production, - shocks and coping strategies, - income from wage- and self-employment, - household expenditures, - savings and credit.

Anecdotal evidence from many armed conflicts suggests that religion incites violence. However, empirical research has hitherto found no conclusive answer on the extent to which religion is connected to armed conflict onset. Contributing to the filling of this gap, the RCDC database incorporates important religious factors that previous studies left largely untested. The data set covers 130 developing countries for the period 1990 to 2010. Results from logistic regressions confirm our expectation that certain religious factors fuel armed conflict—in particular, the overlap of religious and other identities, religious groups’ grievances, and religious leaders’ calls for violence. We also find that religious determinants vary in their impact according to whether conflicts are religious or not in origin. The data set has been published as supplement to the article “Bad religion? Religion, Collective Action, and the Onset of Armed Conflict in Developing Countries” in the “Journal of Conflict Resolution”.

The GSRE 1.0 dataset is based on recently released historical documents from the International Monetary Fund (IMF), and improves the coverage and accuracy of state budget data for most authoritarian regimes and some democracies since the end of World War II. The GSRE dataset includes 39 unique indicators covering major aspects of state finance for 161 countries between 1946 and 2006. Please consult the GSRE website at https://sites.google.com/a/thomaserichter.de/gsre/ for further changes and updates.

Informal Interferences in the Judiciary in Six New Democracies

The main dataset consists of interview data from a total of 117 semi-structured interviews, 45 of these were conducted with current or former supreme court or constitutional court judges. Further interviewees included representatives of the institutions that appoint the judges of the highest courts (presidency, congress, judicial councils, supreme courts) as well as judges of lower courts, lawyers, academics, journalists, NGO representatives, and development advisors. The main focus of the questionnaire was to gather information on different mechanisms of political interferences in the judiciary. Based on these information from the interviews we constructed a specific dataset that describes the perceived level of informal interferences in each country according to six different modes.

This dataset contains unique biographical information on 143 high court judges in office since democratization in six consolidating democracies: Argentina, Benin, Chile, Madagascar, Paraguay, and Senegal. It includes an assessment of their departure from the bench as politically influenced or not. Further, the dataset comprises information on institutional, political, and contextual factors, which were partly collected by the authors and partly included from existing datasets. Among these information are the formal rules that regulate the appointment and tenure of judges, data on the share of the president´s party or coalition in parliament, the event of a constitutional reform, as well as the GDP per capita and the degree of political freedom.

This data set was created to identify and analyze the possibilities and the limits young people face in their transition to adulthood in postwar societies (here: Nicaragua). The data set contains both quantitative (survey data) as well as qualitative data (focus group discussion and expert interviews).

The dataset contains detailed information about profits, sales, capital and labor inputs as well as firm-owner specific characteristics of micro and small enterprises in developing countries. The data have a panel structure.

Replication data for: The Power-Sharing Event Dataset (PSED): A New Dataset on the Promises and Practices of Power-Sharing in Post-Conflict Countries

Replication data for: Rebel constituencies and rebel violence against civilians in civil conflicts

Data Set to Article: Measuring the Ambivalence of Religion: Introducing the Religion and Conflict in Developing Countries (RCDC) Dataset

Despite ample anecdotal evidence, previous research on violent conflict has found little evidence that religion is an important factor in organized violence. Quantitative work in this area has been largely confined to the interreligious character of conflict and measures of religious diversity, and has strongly neglected the peace aspect of religion. The Religion and Conflict in Developing Countries Dataset (RCDC) helps to fill this gap with innovative and fine-grained data for 130 developing countries between 1990 and 2010. RCDC includes four types of religious violence (assaults on religious targets, attacks by religious actors, clashes between religious communities, and clashes with the state). In addition, RCDC contains data on interreligious networks and peace initiatives. RCDC has been published as supplement to the artice "Measuring the Ambivalence of Religion: Introducing the Religion and Conflict in Developing Countries (RCDC) Dataset" in "International Interactions".

Replication Data for: Christian von Soest & Michael Wahman: Not all dictators are equal: Coups, fraudulent elections, and the selective targeting of democratic sanctions

The Power-Sharing Event Dataset (PSED) contains information on 41 countries from different continents on the promises and practices of power-sharing between governments and rebels for a five-year period after the conclusion of a peace agreement (unless violence recurred earlier). The collected data covers the period from 1989 to 2006. The main features of the dataset are the specific focus on government-rebel dyads during post-conflict periods, an exact temporal mapping of implemented or abolished power-sharing events, and detailed descriptions for each power-sharing arrangement put into practice. An explanation of the theoretical impetus behind the PSED as well as an in-depth discussion of its concepts, variables and coding procedure can be found in the PSED data feature (publication see below).

Replication data for: Technology and Collective Action: The Effect of Cell Phone Coverage on Political Violence in Africa

The ADBB is a meta-dataset from Comparative Area Studies that collects and categorizes datasets in the study of institutions and conflict in divided societies at a global level (from 1945 - 2012). For detailed information see GIGA Working Paper No. 234.

The dataset is composed of the entire universe of sanctions regimes imposed by the UN, US and EU in the period from 1990 to 2010, including those sanctions regimes that were in place by 1990, targeting a country, its leadership and entities associated with it. Episodes which are still on-going are also recorded. Included are all sanctioned countries which have been coded – at least – at the start of sanction episodes as “autocratic regimes” by the Hadenius/Teorell/Wahman dataset on authoritarian regimes (2012). 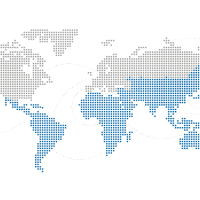