Pandemic Fallout: Will the Coronavirus Lead to More Violent Conflict in Africa?

On 4 April 2020 the German minister for development cooperation Gerd Müller raised deep concerns that the coronavirus pandemic might lead to hunger, riots, instability, and civil war, especially in Africa. Only days later, UN secretary-general António Guterres warned of grave consequences such as riots, civil wars, and new forms of terrorism. How likely are such worst-case scenarios?

As dynamics are still unfolding and even sophisticated forecasting cannot sufficiently model the effects of an unprecedented crisis, reliably predicting the political impact in Africa and elsewhere remains a difficult task. However, it is possible to outline the main variables that will determine which conflict scenarios are likely to materialise as a result of the “virus shock”; the resulting causal chain concentrates on domestic factors and conflicts in Africa, but all variables are subject to international influences (and may play out to various degrees in other world regions). Our simplified model – an ideal-type of a causal chain – includes seven steps (see Figure 1). In short, the pandemic is a unique shock, but large-scale organised violence will result only indirectly – through economic and political conditions.

Figure 1. A Model of Potential Escalation to “Corona Conflicts” in Africa

(1) The first variable in the causal chain is the fragility of the countries before the pandemic. This pre-crisis fragility takes into account the robustness of the health sector, the quality of socio-economic conditions, and the characteristics of the political system, the latter referring to the stability of relations between different identity groups, the capacity of the government to manage conflict, and the country’s regional context. Fragile countries, of which there are many in Africa, are more prone to “corona conflicts.” Effects will differ for countries experiencing ongoing violent conflicts, but even among those countries, developments will not necessarily be uniformly negative.

(2) The second variable is the magnitude of the coronavirus shock. This shock has at least three components, the first being the speed at which infections spread and how many people become sick and die. Second, timing matters: countries that are hit later by the pandemic – Africa as a whole fits that description – might have a better chance of dealing with the virus successfully. The third component is the perceived threat posed by the virus. In short, higher and faster-growing infection rates combined with the increased fear they bring might have a greater effect on stability and conflict.

(3) The perceived threat of the virus, the experiences of countries that were hit by the virus earlier, and the self-interest of decision-makers will shape government responses to the virus. The immediate responses will mainly pertain to the health sector, as measures such as nationwide shutdowns and other restrictions of public life will be taken. However, as the strength or rigour of these responses and restrictions will vary from country to country, so, too, will the effects.

(4) Besides health-related effects, more drastic measures taken by governments will have pronounced social, economic, and political consequences. It is ironic that the remedy for the virus – restrictions on daily life – will probably have the strongest political effects. Socially, interpersonal relations will come under stress, with a higher risk of domestic violence. Economically, shutdowns impair productivity at the domestic level along various channels. A global crisis of this nature will reduce foreign investment, exports of natural resources, and development and crisis assistance. Low levels of development is the most robust correlate of conflict risk (Hegre and Sambanis, 2006; Dixon, 2009; Mach et al., 2019). Shrinking wealth increases poverty and puts people out of jobs, making them vulnerable to radical ideologies and increasing the attractiveness of joining a violent rebellion. Reduced state capacity also affects the security sector’s ability to effectively police and deter insurgency. The immediate political effect of shutdowns, however, is more repression: to advance their own political ambitions, some governments will use the crisis to increase control over the population. New violent conflicts can emerge if people stand up to these measures. Such incidents have already occurred, though at a limited level. In times of imminent crisis and threat people tend to rally around the flag, and fear of infections may trump political concerns. However, there may also be pacifying effects: for instance, in March secessionist rebels in Cameroon declared a ceasefire in light of the pandemic.

(5) Once the imminent threat appears to subside, the negative economic and political effects become fully visible. Competition over access and distribution of resources will become fiercer. Political competition is likely to form along existing cleavages between government and opposition, and between different identity groups; how political conflict unfolds will mainly depend on who is blamed for the effects of the crisis. If many people die, if the economy is hit hard, and if political repression increases, the government might be the main target of public wrath, especially when trust in the government was low before the crisis. The government, in turn, has incentives to blame others, especially if it lacks the means to appease anger by handing out benefits to those in need. Scapegoats could be foreign countries or their citizens, or rival ethnic groups – especially minorities. Some individuals may be declared “witches,” a classical and strongly gendered form of scapegoating. How the discourse develops (and this is not easy to predict) will determine the type of conflict – that is, along what lines the conflict forms.

(6) Though conflict may have formed, an eruption of large-scale violence has not (yet) occurred. Intuitively, we tend to look at the motivation of actors, but their ability to mobilise vis-à-vis political conflict matters just as much. The main active actors will be those with a pre-existing capacity to mobilise. The crisis can both limit and increase the opportunity to mobilise. Fears of infections and shutdowns may limit the freedom of the opposition to mobilise in the short run. But economic downturns limit state capacity as well, and security forces may be less capable of containing rebellions. In ongoing conflicts, where rebels are already organised, this effect can manifest early. Islamists in West Africa seem to view the present situation as an opportunity to step up attacks.

(7) Finally, the capability of the political system to manage conflicts depends on to what extent conflicts escalate into violence. Trust in the government will keep anger at bay. Regime type will also matter: Fully democratic political systems can react peacefully to public discontent; in democratic countries, people can remove governments without bloodshed. Authoritarian regimes, however, cannot channel discontent into elections, and they will more readily abuse the crisis to increase repression and resort to scapegoating by blaming minorities or foreign countries. The regime type most at risk might be so-called hybrid regimes, which are neither fully democratic nor fully authoritarian – this is the most common regime type in Africa. These regimes are less able to effectively repress discontent and cannot channel it into electoral change (Hegre et al., 2001).

Considering these variables and steps, we can discuss the likelihood of several scenarios and their “period of incubation” in Africa (and possibly elsewhere). In the short run, the outbreak of new large conflicts in Africa seems unlikely. Some violent incidents over medical and food supplies such as occurred in the Ebola crisis will again likely take place. The immediate political effect – which has already materialised – will be an increase in state repression and the subsequent protest against it. In ongoing conflicts, rebels might use the opportunity to expand their activity. However, as already mentioned, the initial fears of infection, the struggle to survive, and a “rally-around-the-flag” effect during the crisis will have rather pacifying effects, including “corona ceasefires.” New large-scale violence will materialise only after a longer period of political incubation. Especially when economic effects are harsh and countries lack effective conflict management, new violent conflicts can emerge, their type depending on the discourse on “who to blame”: Authoritarian or hybrid governments may further increase repression under the pretext of the crisis; different communities will turn against each other, with minorities and migrants especially at risk. Alternatively, the population will rise up against sitting governments, which could escalate to full civil war or, on perhaps a more positive note, lead to the overthrow of authoritarian governments with questionable records on good governance.

Policy Implications: Worst-case scenarios are not likely, at least in the short run, as some consequences such as ceasefires or rally-around-the-flag effects might decrease the risk of conflict. More importantly, negative consequences are not inevitable: the “causal chain” can be interrupted, especially when it comes to political and economic effects. Scholars and decision-makers should pay close attention to specific conflict risks. Alleviating health-related and economic hardships as a result of countering the pandemic are key. African governments need to balance fighting the virus against avoiding economic and indirect political consequences. Learning from the successes of other countries – ones hit earlier by the virus – is crucial to balancing these conflicting goals. Moreover, governments must facilitate non-violent paths to deal with competition over the distribution of wealth and power. International actors must support African governments in these efforts, especially in terms of assisting the health sector and helping moderate negative economic effects. However, not just the solutions but particularly successful conflict management must be cultivated within Africa itself. If managed carefully, the worst effects of the crisis can be avoided; the opportunity to create peace and democracy in the long run is still within reach.

A shorter version was also published on the website of ACCORD 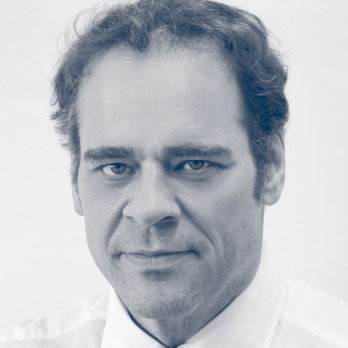